Comparing with Satandisk.... Satandisk has a performance near 150 KB/s
while the device DataPro and Yogibeer have reaches a maximum of 750 KB/s


Recently, I improved the design making controller + PCB tracks output impedance, matches the SD card impedance, in order to speed up SD card interface, while firmware is the same I wrote in assembly, based in old v1 version, that provides a high compatibility with a wide variety of ST/E machines, also TT ones are covered.

With the improvements, the hard disk unit reaches 1 MB/s, that is almost comparable to the performance of really expensive Ultra Satan device. 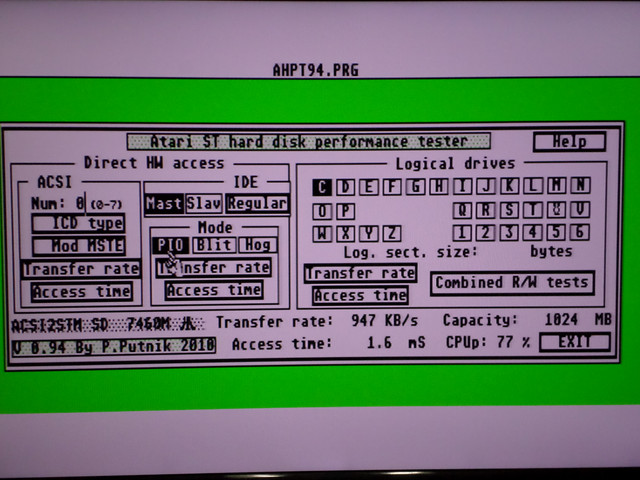 Currently, I manufactured a new batch of 1 MB/s units!
Haut

Thanks for your interest and support!

You have a private message with details,
Haut

Your unit has been sent today,

You have a private message with details,

I may be interested in one fully assembled kit for my Atari 520STe.
Haut
Répondre
92 messages