Bonjour à tous,
I'd like to share some of my recent adventures with my old Superboard II disk operation software restauration.
As a Newbie in this forum, my personal interests are 6502 CPU related hardware and software projects and computers from the late 70's.

In my high school years, I was a lucky owner of a Superboard II doing hardware and software projects. Typical projects for the 8k Basic model 600 have been a 32k RAM extension, a modification to the VDU circuit to get full 32x32 characters on the TV screen, a Video character ROM modification for low resolution graphics directly out of the VDU Ram, a 2716 EPROM programmer, 256x256 hires monochrome graphics and other peripherical to get additional I/O’s.
Beginning of 1983, a floppy disk system has been the ultimate project challenge, but the Ohio Scientific OS65 DSOS, due to memory consumption and need for 8- or 5.25-inch drives, was never a real option ath that time (even today).
The same is valid for the Junior computer, that acually was using the Elektor floppy disk card and a modified OS65.

When 3.5-inch floppy drives became affordable, around end of 83, I wrote in 6502 code my own floppy disk operating system on paper in my notebook. It used the mentiond self-made Elektor floppy disk controller card and a double sided YE-625 (Y-E Data Inc.) disk drive. Several month later, the system was running properly but became soon forgotten, when I got an early Atari 260ST a year later.

Only two diskettes survived which I have been able to read back using some sampling devices a few years ago. But disk restauration and emulation didn't work error free at that time.
Getting the old disk content back to live and disassembling the operating system, it began finally to work, so I decided to clean up the code and remove some of my early bugs. As it was initially programmed to work on a YE-625 disk drive, I call it YE-DOS.

Recently, I spend some time to document the System ROM's and code I've made at that time. As I do not have a Elektor floppy disk controller anymore, I used my Win_OSI emulator to test and run the disk images, which can hold up to 156kb per side.
The Emulator is currently setup for the YE-OSI DOS disk images. A special Boot ROM was required and RAM memory in the upper region. This will allow 40kb of free memory available all time !
At boot, start with "D" and Cold start. DIR will show files on disk and SEL 0 or SEL 2 will change drives.
Manuals and source files are linked on my site.
I placed everything here: https://sites.google.com/view/osi-superboard-ii/home

Recently the UK101 video mode emulation has been improved, in particular, the 64x16 standard mode was not supported by my disk operating system. Emulator and YE-DOS code will run now on both machines. The default configuration can be selected from the system menu. 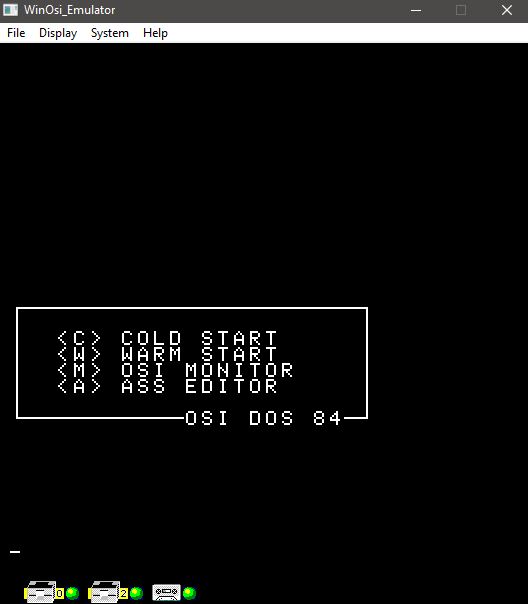 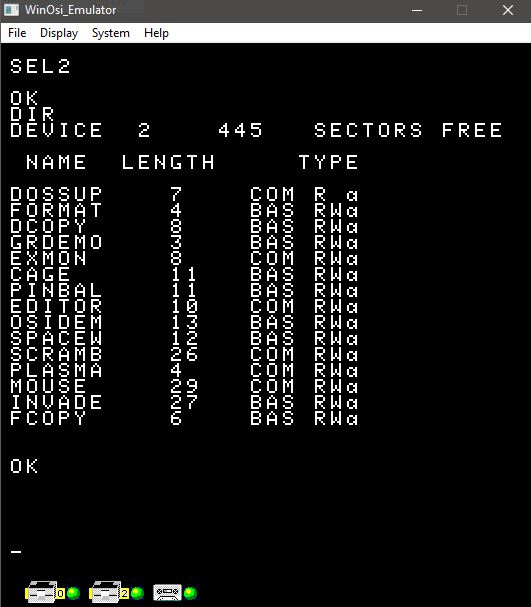